When her daughter was born with a haemangioma in 1994, Linda Rozell-Shannon PhD was faced with a complete lack of information: there was no information to support families, no websites and no support groups. She became determined to resolve the problem, and over the last 28 years, the foundation she started—the Vascular Birthmarks Foundation (VBF)—has worked tirelessly to help people with vascular birthmarks

When her daughter was born with a haemangioma, Dr Linda immediately began to search for information: “With any problem, you just use your research tools to find out more. I quickly found there was only one book about vascular birthmarks written by a doctor—and it was out of print. That’s how little information there was.”

The opening statement in the book described vascular birthmarks as “the most common skin defect in babies yet the most misunderstood”. To find out more, Dr Linda travelled to Boston to meet the author, John Mulliken MD, bringing her daughter with her. She wanted to confirm her calculation that there must be about 40,000 new cases a year of vascular birthmarks in the US alone. Dr Mulliken confirmed this was true but said that there was little information in medical schools about them. That encounter inspired Dr Linda’s mission to revolutionise awareness levels, access to treatments and physician education through the founding of a non-profit organisation.

“When I established VBF in 1994, the mission was the same as it is today: educate families on their treatment options, connect them with the appropriate specialists and educate doctors so they can offer treatment to affected families in their own community. Give someone a fish, you feed them for the day; teach them how to fish and you feed them for a lifetime. That’s my philosophy of education. Teach the families about their options so that they can raise awareness in their community.”

Vascular birthmarks: their prevalence and burden

“Vascular birthmarks are common: 1 in 10 children worldwide are born with one—that’s about 400,000 children a year in the United States. Many of these resolve on their own, but 10% need a medical opinion. That’s 40,000 children in the US and 40 million across the globe.” – Dr Linda

There are many different types of vascular birthmarks, Dr Linda explains. The port wine stain birthmark is relatively well known; Mikhail Gorbachev has one, as does Drew Brees, the American football player, who has spoken out about the bullying he received because of his physical difference. “The number of people living with the port wine stain alone is double digit millions all over the world. A lot of these people do not have access to care, but untreated port wine can have overgrowth; this can be prevented by early intervention and treatment.

“We also see children that have massive ulcerations of their haemangiomas, who end up with severe scarring. Some babies need several surgeries because their vascular birthmark becomes problematic.”

The reason the VBF put this collection of images together is to raise awareness about the different appearances a vascular birthmark might have. “Almost 20% of the mothers of children with vascular birthmarks have had the traumatic experience of an accusation or insinuation that they had abused their child. In one instance,” Dr Linda says, “a mother was staying in a hotel and the police knocked on the door in the middle of the night. A cleaner had seen her son and reported the mother to the police.” Hence, the simple message on the image: “It’s a vascular birthmark.”

In December 2020 a VBF study entitled “Assessing the impact of COVID-19 on individuals and families affected by vascular anomalies: The VBF COVID-19 survey” was published in the Journal of Plastic, Reconstructive & Aesthetic Surgery. The study introduced the term VBARS, an abbreviation of vascular birthmarks, anomalies and/or related syndromes, to the medical community. Predictably, the study found the pandemic had caused consequences for access to care, but “one takeaway jewel was hearing how the adults who had to wear a mask said they felt normalised for the first time and didn’t want to take it off”.

Early on, Dr Linda identified many doctors around the world who knew about vascular birthmarks so she could create an expert list and signpost patients towards treatment. Next, she made the first birthmark-related, not-for-profit website birthmark.org “We had enormous reach. Before the days of social media, we were getting a million views a month. Still, we had to contend with the negativity of the medical community. That was a constant fight.” In 1997, after writing a book with Dr Milton Waner on vascular birthmarks, Dr Linda re-wrote the website with content from the book, and that still forms the primary content today. Thanks to Dr Linda’s dedication in studying for a PhD in medical education, the VBF website now also features a 16-module online course on vascular birthmarks. “In the modules the top doctors in the world present a 30-minute PowerPoint on their respective area of expertise. This is now freely available to patients and doctors around the world and we hope it will close the 85% knowledge gap for doctors and affected families about VBARS.

“In medical education, we know that it takes an eight-year cycle to achieve knowledge saturation. In other words, if a new treatment comes out for paediatrics, it takes eight years for it to be commonplace. That’s eight years of misdiagnosis and improper treatment.”

Monitoring hits on the website soon identified the geographical areas with most need. With 400,000 hits from Russia, that became the first destination for her international missions VBF iTeam. “They didn’t even have a single journal article written in Russian on vascular birthmarks, so I brought my team to them. Not only did we do a full day of lectures, but we also did free laser treatments. The patients were lined up around the block and we did 138 free laser treatments in a few days—treatments that patients otherwise had no access to.” Since then, there have been further international missions to India, Israel, Greece and Italy.

“Italy’s becoming our European hub. Europe is very inconsistent with the diagnosis and treatment of birthmarks: they’re very conservative. I coined the phrase ‘done by one’, meaning if you get the baby diagnosed by two to four weeks of age, you can get the treatment started and actually be done with the treatment process by the age of one, whether it’s a drug therapy or laser treatment, and so prevent potential problems that may follow in some cases.”

The most recent international free clinic was in March 2022 in Italy, where there were 29 patients registered from 17 countries. This, Dr Linda says, shows the global extent of the challenge with vascular birthmarks: “If you’re taught in medical school to ignore these—‘it’s just a birthmark’—then you ignore them for the rest of your life. That’s the paradigm we’re trying to shift.” In Italy there was a patient from Hungary whose doctors didn’t know about Sturge-Weber syndrome (SWS), Dr Linda explains. “He had lost his eyesight forever from glaucoma because they didn’t know anything about the condition. I want to change this, for him and everyone born with potential SWS.”

The funding for the clinics is raised through the corporations that provide the lasers or the drug therapies. Following each free clinic, the experts agree to a VBF flat fee of 500 Euros for each subsequent treatment, no matter the size of the birthmark. Because of this, it is often cheaper for people to travel internationally for treatment than to have it done in their own country, if it is available there.

In addition to the clinics, the VBF organises a family and physician conference every year, alternating between California and New York, with an average attendance of 300 people. “It costs attendees nothing. There is free lodging for one night, free consultation with a super clinic, free laser treatment for the birthmark, a free dental exam, free ultrasound and free psychotherapy for families dealing with the bullying that can come with a facial birthmark. Doctors are desperate to come too, to learn about the latest developments.”

The VBF also creates the opportunity for patients through monthly VBF Facebook Live sessions on Facebook. These have been running since January 2017, giving patients the opportunity to ask experts questions directly, in real time. The videos are hosted afterwards on YouTube, where they have accumulated 150,000 hours of viewing time.

The VBF website is another rich source of information on all matters to do with vascular birthmarks, including how to challenge insurance companies with what they may still deem elective treatment—despite the impact that a vascular birthmark can have on somebody’s life. Dr Linda has been advocating tirelessly to mandate that treatment be covered, but “right now, 50-65% of our families are denied. Insurance companies use language from the Affordable Care Act that says you may deny treatment for anything you deem cosmetic, elective or not a medical necessity. So, companies have three opportunities to deny treatment, and they use every one of them, even though that could cost them more because of surgeries and psychotherapies later on.” To tackle the problem at the highest level, Dr Linda is currently lobbying hard to have all the US states sign the 2021 Treatment of Children’s Vascular Anomalies Act, mandating that the treatment of all vascular birthmarks is covered by insurance. 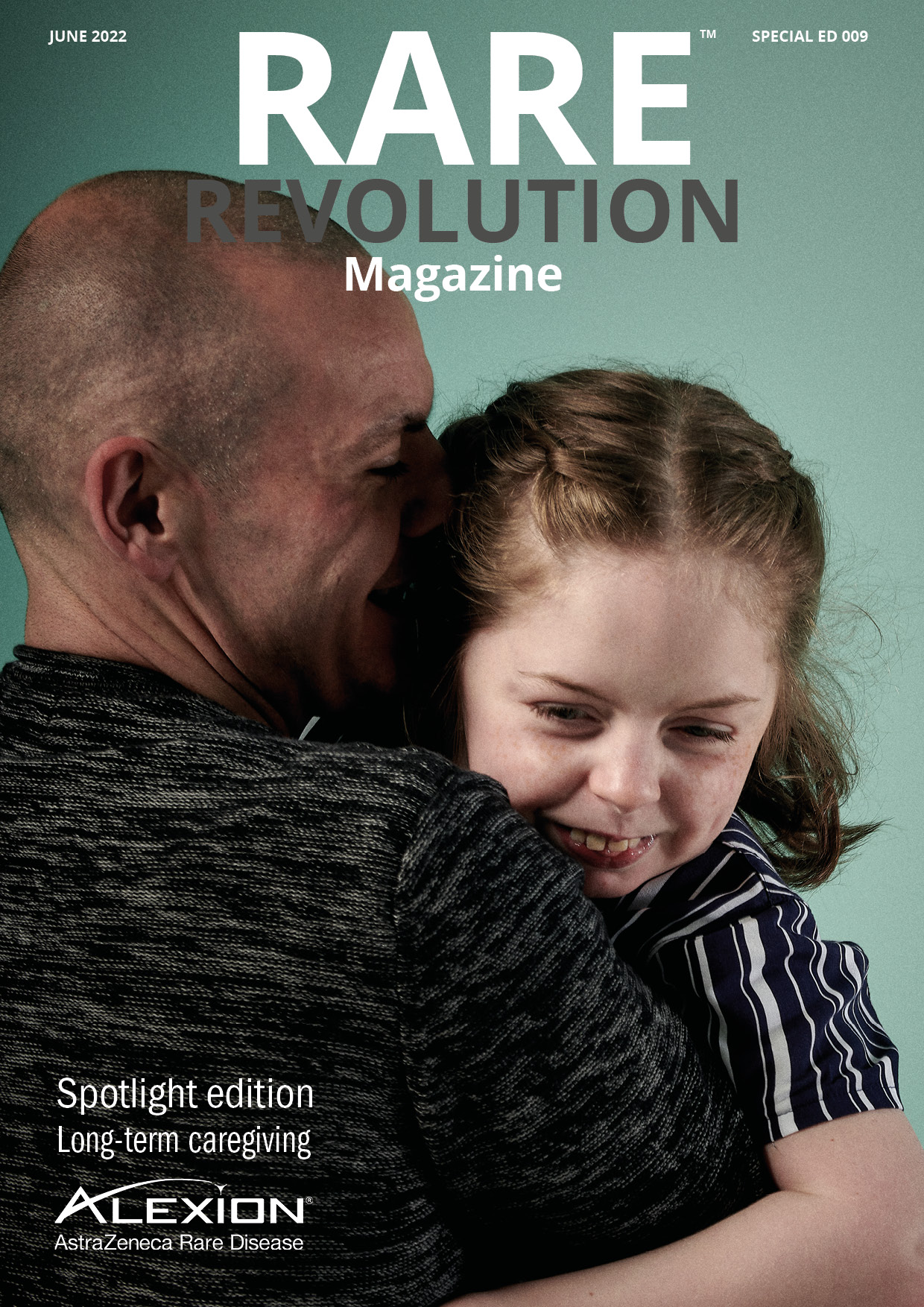 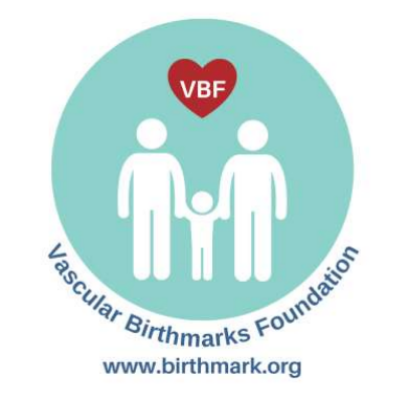