Fiona Waddell knows first-hand how a rare disorder can monopolise your life and leave you incessantly searching for answers. Born in Scotland, Fiona has lived in the Netherlands since she was two years old. She is now thirty-eight and a journalist by profession, working as a medical editor. This is her story.

The long journey to a CDG diagnosis

​It was Fiona’s mother and father who first raised concerns. As a baby, Fiona suffered bouts of diarrhoea, fever, dehydration, and vomiting. Her mother instinctively knew something was not right, but the doctors in Scotland thought otherwise. They dismissed the parents’ concerns as exaggerations; one, Fiona says, questioned whether her parents were ‘‘even happy to have a child’’. The family relocated to the Netherlands when Fiona was a toddler, where Fiona’s health continued to deteriorate. Her mother was fearful of again being labelled dramatic and was apprehensive about seeking help, but Fiona’s grandmother reassured her. Having raised five children she knew these things were not ‘normal’ and she urged them to take her granddaughter to a doctor.

The first diagnosis Fiona received was liver fibrosis. She was admitted to hospital many times. On one occasion a doctor happened to be reading an article about CDG. He noticed Fiona’s symptoms and wanted her to be tested for CDG. ‘‘He had been reading an article about CDG which reported that MPI-CDG (CDG 1b at that time) had been discovered, but there was only one boy in Germany with it. Yet the test result came back and Fiona had MPI-CDG she was only the second person in the world to be diagnosed with the condition. ‘‘When I discovered that I had MPI-CDG a lot of things fell into place.’’ Fiona was in hospital for over a year when she was diagnosed with MPI-CDG. Her condition worsened when she got older. She was suffering from ammonia poisoning due to the fibrosis deteriorating into cirrhosis and she needed to be on an oxygen machine 24 hours a day and was living in constant pain, but the doctors were at a loss about how to help.

​Fiona was a member of the Dutch metabolic disorder patient group (VKS) where she had met Professor Eva Morava, a paediatrician who specialises in CDG and metabolic disorders. Fiona remembered meeting Eva and reached out to her. ‘‘When the doctors in the hospital where I was being treated originally, gave up on me, I contacted Eva and she suggested a liver transplant.’’ Fiona also met Dr Mirian Janssen, a metabolic disorders specialist who is now one of her doctors; she was working with Eva in the same hospital. “Although Eva and Mirian suggested a liver transplant, the transplant couldn’t take place in the Radboudumc in Nijmegen because they don’t do liver transplants. I had to go to the UMC Groningen for the transplant.” Fiona waited for the go­ ahead and finally the telephone rang. ‘‘It was New Year’s Eve and it was the doctor: There was a new liver for me!’’

When I discovered that I had MPI-CDG a lot of things fell into place.

A transplant on a patient with MPI CDG had not been attempted before and the operation was complicated. Afterwards, Fiona suffered with internal bleeding in her legs which mean she had to learn to walk again and undergo yet another surgery. The road to recovery was long and it took many months, but ultimately the transplant was a success. This drastically improved Fiona’s life: many of her symptoms subsided and she was feeling better each day.

​The doctor said the new liver was like a missing puzzle piece being put in place but because of all the side effects of the immunosuppressants I was on after the transplant and the lack of CDG expertise in that hospital, Mirian suggested going to Professor David Cassiman in the UZ Leuven (Belgium) as he specialises in CDG and in li​​ver transplants.

The impact of CDG on Fiona’s life

Due to the time Fiona spent in hospital, she missed a lot of school, which took a toll on her studies. Fiona managed to get through primary school, but secondary school was more challenging; she was kept behind to repeat years, which was difficult for her socially and emotionally. ‘‘I was in class with children who were two years younger, and at that age, that was really tough.’’ When Fiona went to college, she would sometimes study from the hospital, leave to take exams, and then make her way back.

Fiona also feels her independence was taken away by CDG so that she missed a lot of social milestones as a young person. ‘‘When I was studying journalism, I had enough. I couldn’t go out, I couldn’t live on my own… I tried to live on my own: I had an apartment, but every two or three days I went home to my parents because I was ill—because it was too much.’’ (Fiona pull out quote). So, CDG impacted not only Fiona’s social life but her emotional well-being too. Eventually something had to give: “I gave up my apartment. That was really tough because I didn’t get to have the student life.’’

Support and where it is missing for a life with CDG

Fiona was supported by her family and by Professor Eva Morava and Dr Mirian Janssen. Fiona expresses her gratitude for having met Eva who, she believes, really saved her life.

Fiona feels there was a lack of support in most hospitals. She describes a constant struggle to be believed, ‘‘It is always a fight to prove what is wrong with you. Even though you are so ill, you have people not believe you or think that you’re exaggerating because CDG can cause strange things, things doctors have never heard about.’’ She explains how doctors need to believe the patient’s experiences and understand that these can be really helpful. She stresses the importance of having more psychological support and how the key in terms of support is doctors having more awareness. ‘‘There has to be more awareness that CDG has an impact on your whole body. It’s not just a physical disease; it has an impact on everything.’’

​It is always a fight to prove what is wrong with you. Even though you are so ill, you have people not believe you or think that you’re exaggerating because CDG can cause strange things, things doctors have never heard about.

Fiona’s contribution to current and past research is immense. The transplant was a first of its kind. The doctors were able to monitor what CDG symptoms improved because of the new liver. Fiona had a transferrin test which was completely normal after her transplant.  They asked if they could have a piece of my old liver and it went to hospitals for research.’’ Fiona also plays a key role in raising awareness of CDG and gives presentations to doctors and students to explain how her life changed after the transplant: ‘‘You get to show them what happened and how it affected you, and then you’re not so theoretical anymore.’’

Fiona feels it is so important to educate others in the CDG community and beyond: ‘‘We have a patient group which the doctors can come tell about the latest research.’’ The group is working with doctors to create a digital CDG passport for CDG patients and families. Each patient or parent can fill in their own information. This is so useful because it can act as a guide explaining about CDG and the important things to know about a specific patient for babysitters, school, nursery, etc.

A top priority for research, in Fiona’s opinion, should be finding why CDG can cause such different reactions to medicine in comparison to people who do not have CDG and the effect the disorder has on the immune system and hormones.

For more information about the organisations mentioned in this article please go to: 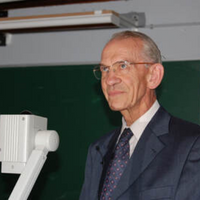 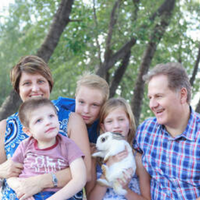 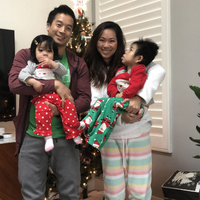 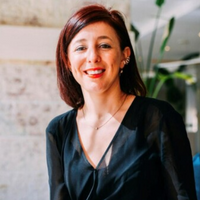