Advocacy and AcroTales – my journey with acromegaly

In the run-up to Acromegaly Awareness Day on the 1st November, we launched our first-ever Digital Spotlight. This blog is the first in a series of guest content aiming to highlight the rare condition of Acromegaly. Acromegaly is a rare condition where the body produces too much growth hormone, causing body tissues and bones to grow more quickly. www.nhs.uk/conditions/acromegaly

Dan Jeffries, rare disease advocate for Wyburn-Mason syndrome and Acromegaly, kicks off this weeks spotlight topic sharing his personal journey with the rare disease Acromegaly: from diagnosis to writing his insightful memoir Me, Myself & Eye memyselfandeye.co.uk.

​Dan introduces us to  AcroTales a platform created to be dedicated to Acromegaly patients so they feel comfortable in sharing their stories: acrotales.com/

The aim of the project was to create a collection of short video clips submitted by people living with Acromegaly.

Each person was asked was asked to start their message with the words “Acromegaly has…”. The message could be insightful, informative and supportive.’

When I was diagnosed with Acromegaly back in 2007, I had no idea of the impact it would have on my life. Not necessarily in respect of health, but the world of rare disease that would be opened up to me.

In truth, I was no stranger to rare disease already. At four years old I was diagnosed with Wyburn-Mason syndrome, an exceptionally rare arteriovenous malformation around my optic nerve and midbrain that rendered me blind in my left eye by the age of ten. But WMS was different; only 1 in 60 million people are diagnosed with it so the chances of me meeting anyone else or being an advocate for the condition were exceptionally rare. And of course, I wasn’t thinking about this during my formative years.

In 2007 – quite by chance – I was diagnosed with Acromegaly during an OSCE (Objective Structured Clinical Exam) at Bristol Eye Hospital by final year students tasked with diagnosing my Wyburn-Mason syndrome. Before they even looked in my eyes, all of the students assessed me ‘as a whole’ and commented on my protruding jaw, enlarged forehead and overly large hands. When asked what could be causing this they all concluded ‘an excessive release of growth hormones caused by a pituitary adenoma’. I had no idea what they were talking about, and so at the end of the OSCE I asked for clarification from the examiner. Rather casually he said:

You should go and see a doctor. You might have Acromegaly.

And so here is my first observation from my travels around the Acromegaly world: everyone is diagnosed differently. During AcroTales I’ve heard numerous ways in which diagnosis has been reached and often – like myself – completely by chance. More often than not people are told they have one condition, then another and then another. Yet we, as patients, often sense this is wrong and, eventually, Acromegaly is reached.

​ It is of course highly unlikely that our GP will have even seen a case of Acromegaly before. That makes diagnosis even harder

We all know of the Diagnostic Odyssey and how long it can take to reach a diagnosis. With Acromegaly it’s in the range of 6-10 years and it can be particularly hard to diagnose because the development of the symptoms are so subtle. We also live in a world where we often don’t see the same GP when we go to the Doctors surgery, and so there is a lack of consistency in seeing the person we pin our hopes on to notice when something is not right. It is of course highly unlikely that our GP will have even seen a case of Acromegaly before. That makes diagnosis even harder.

Acromegaly is associated with a range of symptoms: change in facial appearance, enlarged hands and feet, displaced teeth, joint issues (if undiagnosed for a long period of time) and hormonal impact (such as low production of testosterone). However, some Acromegalics may not experience all of these.

I was invited to the Vancouver Acromegaly Conference a couple of years ago. As we all mingled in the bar (how I miss that in these COVID times!), I played the usual game of ‘Spot the Acromegalic’. Sometimes it’s very easy to notice, but on occasion I would observe someone and think ‘why are they here?’.

​This was ignorance on my part. I assumed all acromegalics would have the commonality of a change in facial appearance and large hands but some do not experience the elevated IGF-1 hormone levels that cause this. It was a real eye-opener.

And that learning curve continued when working on AcroTales. Those kind enough to tell their story would share photos with me and, whilst most had a noticeable change in appearance, a few had barely any.

But of course that’s not to undermine their experience of their symptoms. It’s what’s inside that counts.

Since writing Me, Myself & Eye I’ve been fortunate to travel the world a little, attending conferences in Canada, New Orleans, Vienna and of course the UK Acromegaly Meetups I organise in the UK. What has become apparent is that – whilst symptoms will often be similar – the approach to treatment can be very different. This is of course noticeable in the way the US and the UK approach health care and particularly the administration of drugs post-surgery.

​And it makes me feel very fortunate to have a service such as the NHS by our side. Yes it can have its issues but – in my opinion – it seems wholly unfair to have to pay for expensive medication through insurance for a condition that seems to be random in who it chooses. Of course this could apply to many other conditions and maybe I’m biased, but an Acromegalic will often have to be on long-term medication to suppress any residual tumour that could not be removed and may even have to undergo radiation therapy or more. To add a financial burden to this seems wholly unfair.

Things will be OK, that you’ll get through this, that there’s light at the end of the tunnel

Yet everyone I’ve met who has been through the journey of Acromegaly has – in the main – come out with a new perspective on life. And that’s why producing AcroTales has been so important for me. I wanted those living with the condition, especially those who are recently diagnosed, to hear that things will be OK, that you’ll get through this, that there’s light at the end of the tunnel.

Acromegaly may shape you. Don’t let it define you

For more information and to get in touch with Dan please use the buttons below:

Acrotales
Me Myself and Eye 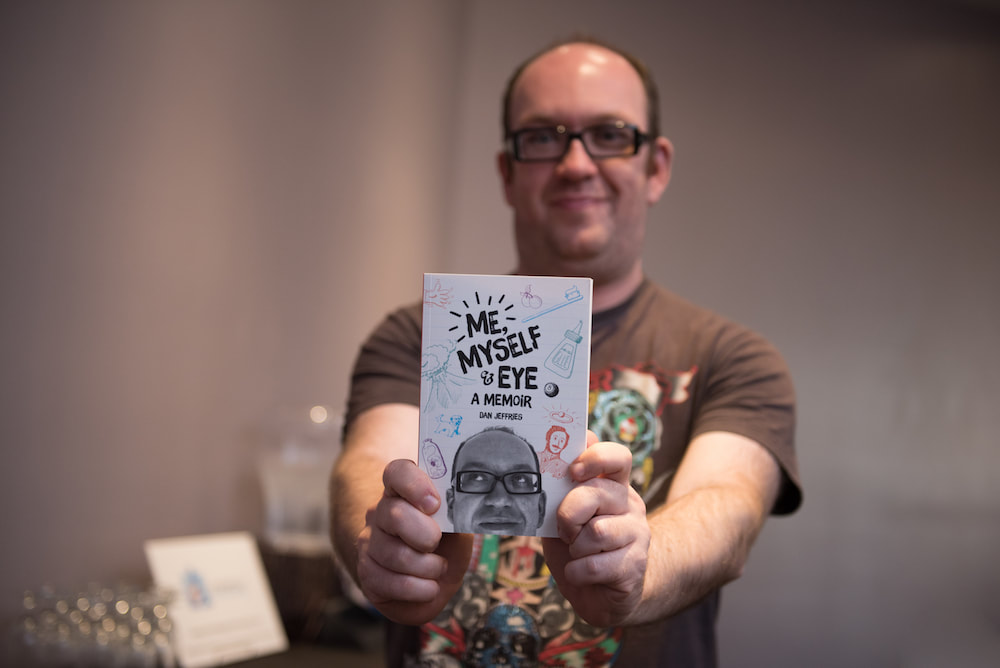 Dan Jeffries reads Me, Myself & Eye exclusively for RARE Revolution 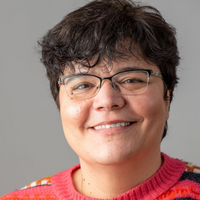 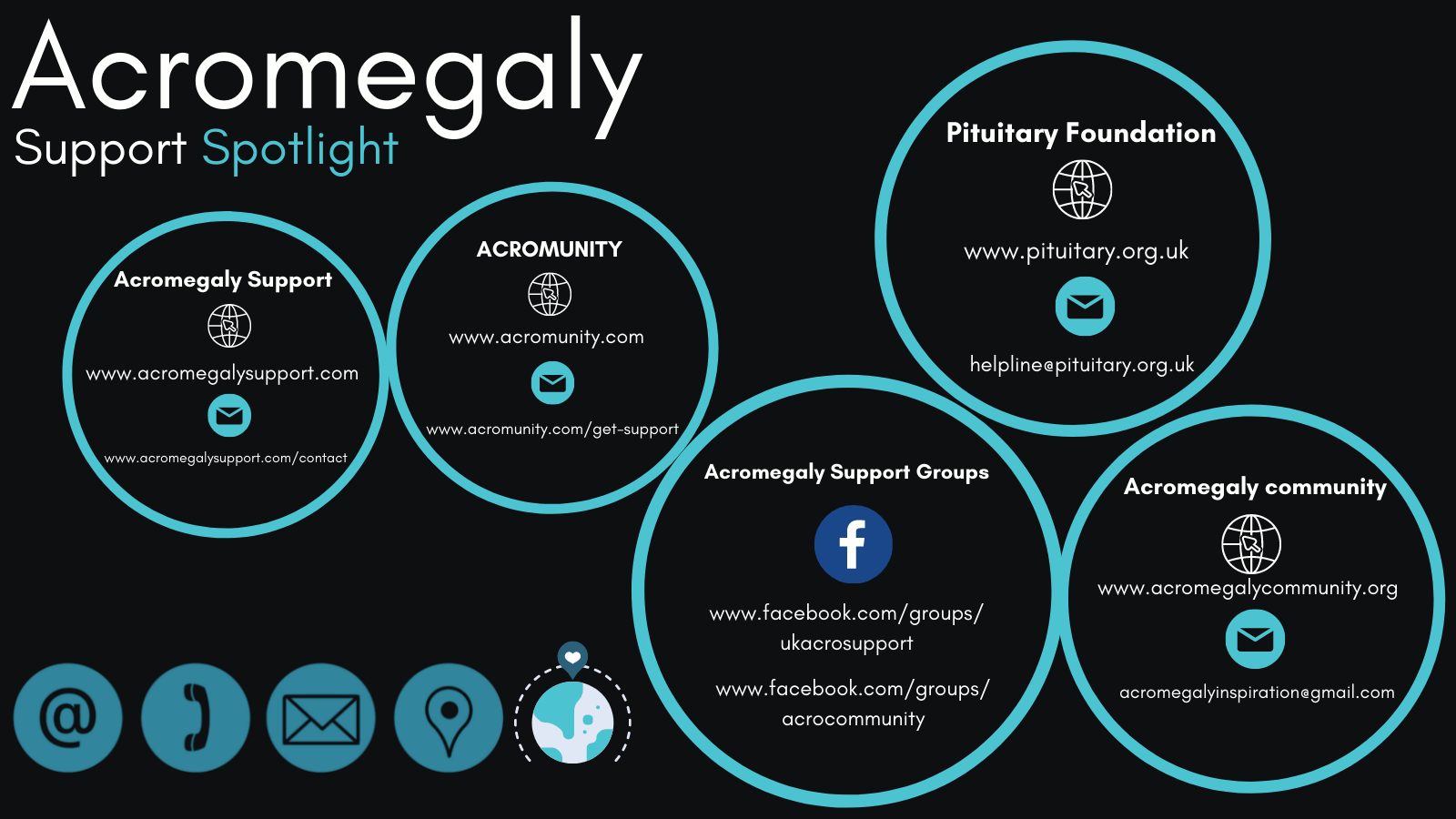 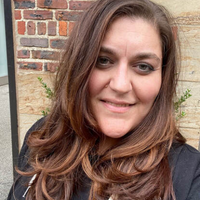 Kara LaFrance shares her journey with acromegaly – carrying on the fight 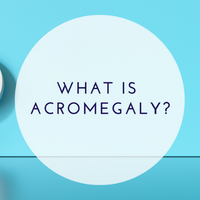