Caring for a family member with focal segmental glomerulosclerosis (FSGS): a mother’s story

In 2014, Pascaline was diagnosed with focal segmental glomerulosclerosis (FSGS) at the age of 27, and her ill health soon forced her to return home to the care of her mother, Soizic, and father. Pascaline would face lengthy periods of serious ill health before there was a partial remission in her disease. Soizic gives her perspective on the turbulent times that followed her daughter’s diagnosis

After Pascaline first went to see her doctor about her unexplained symptoms of oedema and weight gain, there was a wait before she could meet with a nephrologist and have a kidney biopsy. Her family had never really had major health issues before, so Soizic’s mind was filled more with questions than concerns.

When the nephrologist called them back to the clinic for the results, Soizic was sitting next to her daughter as she received her diagnosis of focal segmental glomerulosclerosis (FSGS). Watching the time and care with which the doctor explained matters immediately brought it home to Soizic that she and her daughter were facing something serious.

“I realised we were starting on something that would open great complications in Pascaline’s life. Pascaline didn’t realise this at all. She heard that she was sick, but she couldn’t analyse what was happening to her.”

Soizic says that Pascaline’s understanding of her “alarming state of health” grew quickly in the month that followed as they both researched more about the condition on the internet (using resources such as Orphanet) and as Pascaline began her treatment and started attending frequent hospital appointments.

“At the time of diagnosis with something like this, if you are alone, you do not hear half of what is being said. It is impossible to project oneself into a chronic disease—a progressive rare disease that is totally unknown to you.”

Soizic, too, could have no precise understanding at this time of the struggle that Pascaline would soon face in terms of fatigue, side-effects of treatments and employment. “We thought it was going to be difficult, but certainly didn’t anticipate the extent of what happened afterwards.”

Just fifteen days after Pascaline returned to Germany where she was working, came the first major challenge. Her treating physician (at the nearest French hospital) “spoke of a hyper-serious disease, with a likelihood of death in the year, or the years, to follow”.

Pascaline’s father accompanied Pascaline to her first appointment and her mother went with her to the second. Soizic had appreciated the empathetic and sensitive approach of the doctor who gave Pascaline her diagnosis, and both she and her husband felt that Pascaline needed a similar approach: she needed reassurance and hope.

“Quickly, you realise that it’s not easy to go elsewhere for a second opinion; you don’t know where to go and who to contact. At the beginning, it’s a process of discovery.”

Pascaline was finding it increasingly difficult to work and take care of herself as her health deteriorated. That, coupled with the family’s desire to find her the best possible care, precipitated Pascaline’s return to France, and a transition to a new medical team followed.

Reflecting on the medical care that Pascaline has received over the years, Soizic highlights how empathy and sensitivity are as important as professional competence in inspiring people to take care of themselves and advocate for their own needs.

“For patients to be up to the task of taking care of themselves, they need to be supported by their doctor. Without that, life is complicated. Doctors need to be professional and have empathy—both are necessary.”

Soizic says that doctors can show their empathy for a newly diagnosed patient by not only giving them information about the disease and its potential consequences, but also telling them “that they cannot face it alone”. Doing this steers the patient to a vision of the future in which they are an active participant in their own care—as part of a team.

Soizic and her husband know how grateful Pascaline is for their love and support, but they themselves are grateful for Pascaline’s wider support network, which consists of friends, patient support groups and, importantly, a psychologist. Pascaline has told Soizic that her psychologist has been instrumental in improving her quality of life.

Teamwork is also key to the quality of Pascaline’s care at hospital, Soizic says: “Pascaline’s file is known by the whole team—not one person—and the implementation of her treatment is a team effort.”

Soizic says that seeing the whole medical team working together well has built Pascaline’s trust, reassuring her that decisions about her care are being thought through carefully, so, hopefully, lowering her risk of relapse.

Soizic does not find it easy to explain the enormity of the adjustment that she has had to make as a mother. She had watched her daughter grow up, leave home and start a career. Then, suddenly, everything changed.

“It is as if there is a life before and a life after. The life after is the life unknown, governed by disease, pain and fatigue. It’s about taking treatment constantly—up to 30 pills a day. And it’s a disease that doctors themselves are grappling with to understand its course and consequences. Only little by little are things revealed.

“It’s a sudden switch from a life full of projects, in an active life abroad, to the life of a sick person who is exhausted and existing rather than living: Pascaline was exhausted, sleeping 18 hours a day.”

Soizic and her husband knew that they now needed to reimagine their own lives and dedicate themselves to caring for their daughter.

“You do not ask yourself whether you have to do it or not: it is necessary. We had to help Pascaline and make her life as easy as possible.

“You have worries, but you put them aside. Because if you are overwhelmed by your emotions and worries yourself, you are less able to cope with what is coming.”

It was hard for Soizic to have to see her daughter so dependent upon her mother’s care once again, and when Pascaline’s employer terminated her contract because of her long-term illness, she feared for her daughter’s financial future too. The pride she had felt watching Pascaline start a new career not so long before was supplanted by fear that she had permanently lost her financial independence.

Pascaline’s parents were fortunate in that they had retired already, which made life much easier for them. “Things would probably have been quite different if we’d had to keep working. But when you have a sick child, or a spouse, you find a way of doing things.”

Soizic says that Pascaline struggled to come to terms with becoming dependent on her parents again and that she also found it emotionally challenging to apply for legal recognition as a disabled person. In fact, it took Pascaline two years to fully grasp her new situation and complete the necessary administrative steps. “That was a lot of work for her because that’s when there is real awareness of your loss and mourning of your life before.”

Once Pascaline had adjusted her mindset and accepted that she was legally considered as disabled, it gave her stability and the confidence to forge a new path—once her symptoms allowed her to. It allowed her to say “I’m sick” rather than force herself back into work, giving her the opportunity to retrain for a new career.

Soizic stresses the importance of holistic support for people who have chronic illnesses. “What seems important to me, beyond medical care, is that the patient should have the opportunity to understand that, while others can support him, he has work to do himself too, which must be done. He must find the strength to bounce back and open another path to his future life. He must drive his own change.”

Currently, in France, if a disabled person lives with a partner or family member who is earning above a certain threshold, they cannot receive support, making them reliant on others, but it is proposed that this threshold be removed.1

Soizic and her family believe that this change will empower people with chronic illnesses to take charge of their lives and help them overcome the financial challenges they face. Although people in France who are very sick have their medication paid for by the state, there are always significant additional expenses for people with chronic illnesses.

As the interview with Soizic draws to an end, Pascaline expresses her gratitude for all that her parents have done for her—since her diagnosis, through her relapses and during her partial remission now.

“It’s unbelievable the help I get from my mother, my father and some other people around me. She’s still helping me on a daily basis right now.

“I think having people around you who even want you when you’re sick is quite a determining factor in how the disease is going to evolve and if you are going to get better.

RARE Revolution and CSL Vifor are not responsible for the content of external sites linked to within this article. 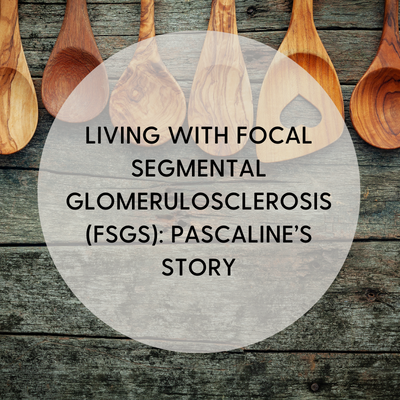 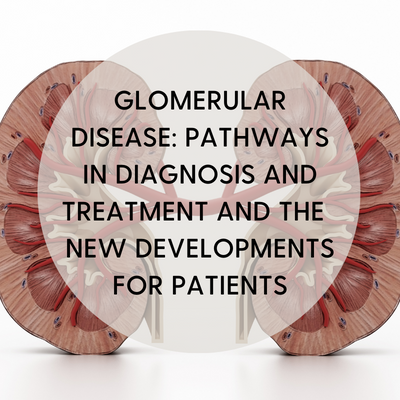 Glomerular disease: pathways in diagnosis and treatment and the new developments for patients 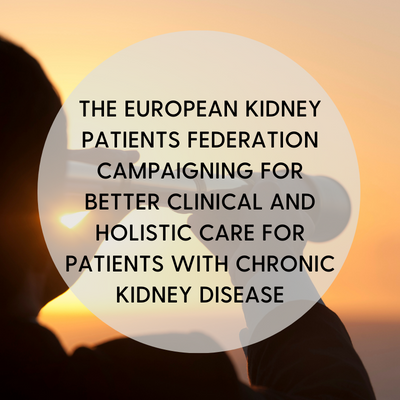 The unmet needs of people with glomerular diseases: the perspective of a lead research nurse 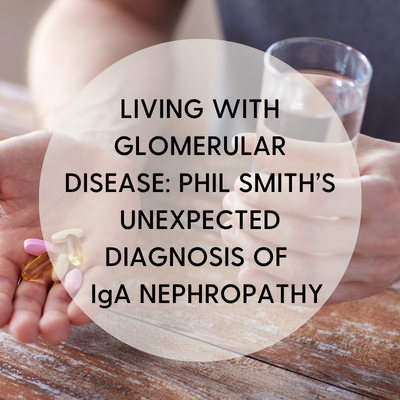