Professor Claire Harrison is a deputy medical director at Guy’s and St Thomas’ NHS Foundation Trust and an international expert in myeloproliferative neoplasms. She has influenced major advances in the field and designed and led global clinical trials. She has authored many papers in peer-reviewed journals and has worked with patients to create a patient charity, MPN Voice. She also works with other patient charities such as Blood Cancer UK and MPN Research Foundation

Myeloproliferative neoplasms (MPNs) are a group of chronic blood cancers, associated with blood clotting and bleeding, and other symptoms (most commonly fatigue), with the potential for aggressive transformation into a life-shortening and devastating condition. There are three common MPNs: myelofibrosis (MF), polycythaemia vera (PV) and essential thrombocythemia (ET).

Gustav Heuck in the late nineteenth century was the first to describe patients with myelofibrosis who presented with large spleens taking up the whole of their abdomen, fibrosis (scar tissue) in their bone marrow and abnormal blood counts. These are still recognised as the key clinical features of the condition today.

In 1951 William Dameshek, then editor of Blood (a premier haematology journal) identified how essential thrombocythemia, polycythaemia vera and myelofibrosis were related and coined the term “myeloproliferative neoplasms”. He also included chronic myeloid leukaemia (CML) within the group, but this disease was later found to develop differently.

Professor Harrison explains how the three main MPNs are related: “In each there is disordered blood cell production and abnormal bone marrow where the blood cells are produced. The severity of disease is on a spectrum, with essential thrombocythemia probably at the mildest end. In this, patients often have a slightly elevated platelet count and a tendency towards clotting and bleeding. In the middle is polycythaemia vera, where there is a slightly more abnormal blood count, and at the end of the spectrum is myelofibrosis, which is a more aggressive condition impacting the most on patients’ longevity and quality of life.”

Myelofibrosis is considered a rare disease, with an annual incidence of approximately 1 case per 100,000 individuals in the United States and in the European Union.

“We don’t understand that progression well, but it’s probably something to do with the duration of time that patients have the disease, the accumulation of the number of cells that have a mutation and maybe the addition of other mutations. That’s something we’re targeting therapeutically and trying to understand, because one of the best ways to treat a disease is to prevent it,” says Professor Harrison.

There is also a spectrum of disease severity within myelofibrosis. Some patients are discovered incidentally and are quite well, but others have a huge burden of disease with reduced life quality and expectancy. “Around one in five to one in four can progress to acute leukaemia, which is really difficult to treat and often associated with a greatly reduced life expectancy, typically ranging from six months to two years,” explains Professor Harrison.

William Dameshek realised the MPNs were connected decades before a scientific explanation of their fundamental relationship, but it is now known that three main mutations (genetic changes) drive the conditions. These mutations are usually mutually exclusive and occur singly in patients, but there are other genetic mutations or changes too that can affect the prognosis for patients.

Since 2005 scientists have known the mutations that cause myelofibrosis are all focused on the JAK–STAT signalling pathway. JAK2 is an enzyme found in all blood cells, and STAT is another enzyme typically linked in a signalling pathway to JAK2. The signals needed for blood cell production begin on this pathway in the precursor blood cells otherwise known as stem cells.

“We can compare the JAK–STAT pathway to a wire leading from a plug to an appliance. The genetic mutations activate that pathway to the ‘cell factory’ cause it to be constitutively active and to over respond to a stimulus, resulting in abnormal production of blood cells. There are three drugs for myelofibrosis that target the JAK–STAT pathway, but inhibiting the top part of the wiring into the cell factory affects blood cell production. The existing drugs lead to reductions in the numbers of red cells and platelets, which is already an issue for myelofibrosis patients who have faulty blood cell production.”

Another important factor causing myelofibrosis is chronic inflammation. This is linked to patients’ symptoms and may also affect blood cell production—not as a direct result of the mutations but indirectly in a “bystander effect”.

The median age for a patient to be diagnosed with myelofibrosis is about 66 years old, but there are also teenagers and much older patients too. “This creates challenges for treatment and for the patients themselves, especially our young patients who think they’re not really represented when you talk about a disease for people in their 60s. And the implications for them may be a bit different,” says Professor Harrison.

The hallmarks of myelofibrosis identified by Heuck are still the key identifiers today: a large spleen, fibrosis in bone marrow and abnormal blood counts. A combination of these features needs to be present for a diagnosis to be made. Around 80 to 85% of patients will have an enlarged spleen at the time of diagnosis. “Sometimes they don’t know they’ve got an enlarged spleen because the spleen has to be double its normal size in order to be felt by a doctor putting their hands on the tummy,” Professor Harrison notes. The vast majority of patients will need a bone marrow biopsy—a fairly painful outpatient procedure—to see if there is fibrosis and abnormal cells in the bone marrow.

The spleen, in the first few weeks of life, is the source of circulating blood cells for the embryo and it retains the ability to make blood cells. In myelofibrosis, as the bone marrow gets more hostile for stem cells, blood cell production begins in the spleen, even though it’s not really designed really to do that in an adult.

The result is sequestration (pooling of blood) and blood cell production within the spleen, causing it to enlarge. “The spleen in myelofibrosis is a measure of the severity of the disease in a patient. If the spleen is very big, the disease is usually severe,” Professor Harrison explains. Having a massively enlarged spleen causes problems for patients: not only can it be painful, but it can also press on the stomach, making patients feel full and stopping them from finishing their meal, resulting in weight loss.

There are also problems with inflammation, resulting in symptoms such as fever, weight loss and fatigue; the latter is seen in 80% to 90% of patients. There are also symptoms caused by microvascular events (tiny blood clots), such as headaches and tingling in fingers and toes. Itching and sweating are also common.

Anaemia is another burden for people with myelofibrosis, and if a patient has this, that contributes to a poor prognosis.

Anaemia impacts patients’ energy levels—on top of the fatigue which is known to already be a common feature of the condition. It usually doesn’t respond to standard treatments, such as erythropoietin (hormone) injections, so the patients often have to have a transfusion, often two units of blood every three to four weeks. That means a day in hospital, with another half a day having a blood test, which is quite a burden on patients. Transfusions also cause iron overload, which causes heart and liver problems, and there is the risk of infection too. “The problem is that many of the drugs that we’ve used to treat myelofibrosis cause anaemia, so having a drug that potentially can treat the disease and either not worsen anaemia or, even better, improve it would be a big plus,” Professor Harrison notes.

“There is a whole constellation of symptoms for myelofibrosis. And one of the problems is that often these are not recognised by patients and by clinicians as part of the disease, despite their impact. Up to a quarter of myelofibrosis patients are not able to work or have to reduce their hours.

“Symptom burden is something we’ve realised more and more as we’ve connected with the patient community, listening to patients about the impact of a disease as we develop therapies,” Professor Harrison says. “Interestingly, if you look at those patients who have the worst symptoms, they often have the worst quality of life, but this doesn’t always match the prognostic scores,” she adds.

Professor Harrison says: “Some of the patients in earlier clinical trials for myelofibrosis had huge spleens. They’d lost a lot of weight and had severe itching as well as interrupted sleep due to night sweats. They were often quite weak, lacking the energy to do things like playing with their grandchildren. I remember one of the first patients to be treated with a JAK-STAT inhibitor in our hospital was a lovely man who’d had polycythaemia vera for years which had changed into myelofibrosis. His issue was pruritis (itchy skin), which was triggered by water. He hadn’t been able to have a bath or a shower for more than five years, so for him that was a really big target to treat. Night sweats can be very debilitating too with some patients having to change bedsheets up to three times a night. These are all very difficult things to live with.”

“As myelofibrosis is so varied, some patients can be stable without experiencing problems from the disease and it’s a low-risk disease for them. We can follow these patients for a decade or two before anything much happens. Other patients are more unfortunate and have more aggressive disease. Risk scoring helps us tell patients about the likely course for their disease: how long they might have with good health and how long they might have with less good health. We can split patients up quite reliably into those who are likely to have a median overall survival of more than 20 years, and those who are likely to have less than two.

“There are at least 10 different risk scores that are used to gauge risk and prognosis, and all of them include five or six clinical features, including the person’s age, whether they are anaemic or not, how high their white cell count is and whether they have circulating leukaemia cells,” Professor Harrison explains.

Some symptoms are included in risk scores, in particular weight loss, night sweats and fever. “Other symptoms, which can have a profound effect on a patient, such as particularly common and difficult-to-manage symptoms, such as fatigue, don’t count as a prognostic feature, which can be a bit frustrating,” Professor Harrison says. Molecular markers are also used to gauge risk for patients.

“It’s important to recognise that a prognostic group isn’t everything. If we say a patient has a median prognosis of five years, that means that some patients might live for 10 years, and some patients will live for less. But also, there is some variability in which group a patient is in according to which scoring system is used. So, we try to be very careful about how this is put across to a patient, because it can be a bit misleading.” 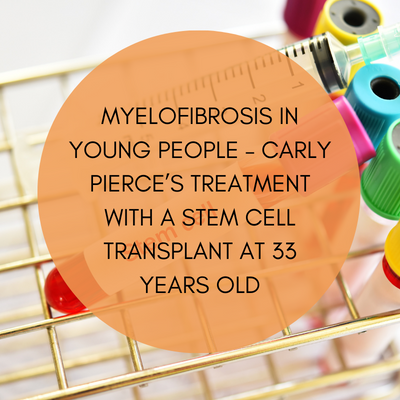 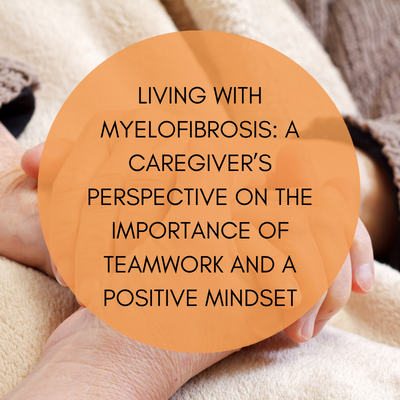 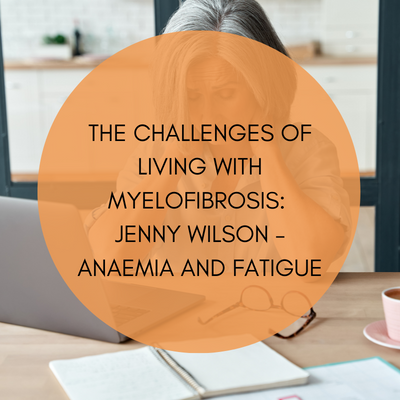 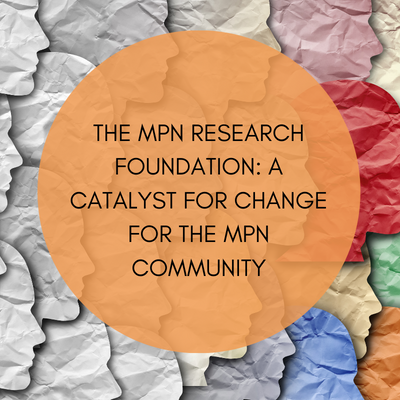