The Neuromuscular Disease Foundation takes the lead in the global race to develop a gene therapy treatment for GNEM, sharing its goal posts for delivery of an IND-package for FDA review by the end of 2023. The esteemed organization formally names plan The International Gene Therapy Development Program (IGTDP)

BEVERLY HILLS, CA., JANUARY 31, 2022 – The Neuromuscular Disease Foundation (known as NDF) has gained swift momentum since their October announcement of an ambitious plan to develop the first GNE Myopathy (GNEM) gene replacement therapy. NDF is working towards an IND (Investigational New Drug) package for FDA approval. The research and testing underway is leading to a pre-IND package expected to be presented to the FDA in 2022, with the intent of acquiring the guidance necessary for an IND-submission for the first gene therapy clinical trial for the progressive disease GNEM. Results of pending preclinical studies will determine how rapidly the organization can deliver its promised GNEM gene therapy, the first ever treatment designed to target the root genetic cause of the disease, with the potential to halt the progression of muscle wasting. GNEM is a muscular degenerative disease that affects races and nationalities worldwide, with elevated carrier rates in certain populations in North America, the Middle East, Europe and Asia. The program, which the organization has formally named The International Gene Therapy Development Program (IGTDP), is the culmination of more than a decade of NDF’s generous funding of global scientific research via grants, with the goal of developing a treatment for the
progressive disease. The Beverly Hills based organization is the single largest funder of clinical research toward GNEM treatments worldwide.

Since the announcement of IGTDP last October, NDF has enlisted a world-renowned team of researchers and scientists, dedicated to the collaborative initiative that will leverage their cumulative scientific research data to enable this long-awaited development in gene therapy: the human dosing phase of a new treatment to target the progressive genetic disease, GNEM. The goal is for the treatment to benefit patients with a verified genetic diagnosis of GNEM, by slowing the disease’s progression. If achieved, this NDF led effort could act as a template that others could follow to develop new gene therapy approaches to treat other diseases. Subsequently, the NDF IGTDP is on course to produce an historic milestone in the gene therapy arena.

Assembling a world-class scientific team was at the top of NDF’s list of priorities, and the organization met their goal successfully, by deftly assembling its team of leading gene therapy experts. The team includes scientific consultants Angela Lek (VP of Research at the Muscular Dystrophy Association), Richard Horgan (founder of Cure Rare Disease), and other prominent scientists in the field, such as Dr. Stella Mitrani-Rosenbaum, Dr. Marjan Huizing, Dr. Julie Crudele, Dr. Kelly Crowe, Dr. Monkol Lek and Dr. Noah Weisleder. “The unique aspect of this program is that it is not happening in a single lab, but is a coming together of several minds with different expertise, all under the umbrella of NDF,” Dr. Angela Lek commented, highlighting the atypically collaborative structure of NDF’s drug development program. “Pre-clinical data will be generated by a contract research organization, Charles River Laboratories, and analyzed by our team of NDF-sponsored scientists who have experience in interpreting GNEM data”. NDF leaders are confident that in drawing research from the cumulative expertise of the world’s leading GNE therapy scientists, and not limiting research exclusively to in-house studies, they will accelerate the delivery of a viable new drug to patients worldwide.

During the Winter of 2021, NDF’s board of directors worked with the organization’s team of esteemed scientists to determine how to reach their shared goal of developing the pre-IND package that will aim to secure future IND approval. Their team of researchers began production of a viral vector containing the GNE gene during the latter part of 2021, and they look forward to finalizing the proof-of-concept preclinical studies. The team is now in early preclinical development testing that involves testing the gene therapy in mouse models. During this stage, they are primarily interested in characterizing the viral vector containing the GNE gene and developing new animal models that more closely mimic how GNEM appears in patients. Both of these efforts are key for providing the vital proof-of-concept for this gene
therapy approach. Once the goals set forth in this stage have been met, the team will advance to the stage of large-scale manufacturing of the gene therapy and subsequent toxicity studies necessary to confirm that the therapy is safe for human use. These studies would enable an IND submission that would allow for testing this therapy in GNEM patients.

At present, the rapid progress and solid execution of NDF’s plan has organizational leaders and GNEM patients very hopeful. “As the newly appointed Executive Director of NDF, I am excited to be associated with this project, which will benefit patients throughout the world,” said Geoffrey Gee, Executive Director of the NDF.

For more detailed information regarding the NDF IGTDP and the GNE Myopathy therapeutic in-development direct from the NDF scientific team, see scientific addendum below.

The scientific team at NDF is happy to share additional information regarding the NDF-sponsored gene therapy IND (Investigational New Drug) package, and the planned therapeutic itself. The IND will consist of a gene replacement therapy for GNE Myopathy, in which a healthy copy of the GNE gene will be packaged in an AAV (adeno-associated virus) for systemic expression in skeletal muscles. Preclinical proof-of-concept data is currently being generated in collaboration with leading GNE scientists and Charles River Laboratories. Pending FDA feedback (a pre-IND meeting with the FDA is anticipated during
2022), the plan will be to conduct extensive safety and toxicity studies, as well as to manufacture a sufficient volume of the drug to dose a to-be-determined number of patients in a Phase I/IIa clinical trial with GNE-specialist Dr. Tahseen Mozaffar at UC Irvine.

Grants that the NDF has provided during the past 10 years have provided funding for pivotal work such as live models of the disease, enzyme potency assays and natural history studies that will now enable testing and assessment of the NDF-sponsored gene therapy product.

Previous Efforts of the Global Scientific Community to Achieve a GNE Myopathy Gene Replacement IND: To great disappointment, previously tested enzyme replacement therapy by Ultragenyx was halted after Phase 3 trials due to lack of efficacy. However, the NDF team of scientists and NDF executive leadership say there is a light at the end of the tunnel for GNE patients. “In addition to an alternative enzyme
replacement therapy (ManNac) that is currently being tested at NIH, patients can also look forward to a gene replacement therapy on the horizon”. More information and real-time updates on NDF’s International Gene Therapy Development Program (IGTDP) can be found at: https://curegnem.org/research/international-gene-therapy-development-program-ig
tdp 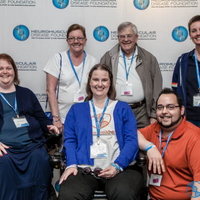 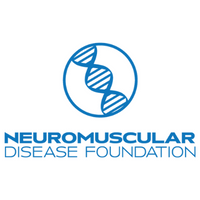