We had the pleasure of chatting with Inspector David Singleton for our RARE Employment campaign which aims to highlight and address some of the issues people living with a rare disease or disability might encounter in the world of employment.

David shares his coping strategies for managing his health and a career change in the Metropolitan Police after being diagnosed in his late twenties with the rare genetic condition: Adrenomyeloneuropathy (AMN). AMN is an ‘inherited condition that affects the spinal cord and is a form of X-linked adrenoleukodystrophy.

For more information about the condition please go to The Genetic and Rare Diseases Information Center using the button below.

My dad was in the police for over thirty years and my mum was as well for a shorter time in the seventies. It was something I always wanted to do it seemed like an exciting job with lots of different opportunities and I wanted to make a difference, which you can do in this job. I joined in 2006 when I was 24 and now my role is an inspector in charge of operational support, events and business.

My team supports the operational officers on a BCU, which is a command unit in the Metropolitan Police (Met). We make sure there are the right resources and right number of people on the right shifts and if there are organised events we make sure we have the extra resources and equipment required. We carry out the background work for local and bigger events in London making sure everything is safe and secure, which is quite a big logistical task when you are still managing all the day to day tasks – it can be a bit of a juggling act.

I had to change my focus quite a lot. I was put in an office-based role and I hadn’t really thought about promotion much at that point in my career but this changed and I had to start thinking about what I could do now

Yes, when I started having symptoms in my late 20’s I hadn’t been in the police for that long, I was a neighbourhood officer so I would be out on patrol every day, riding a bike, driving a car or walking around. I was still fairly early on in my career. I did have aspirations, I was interested in the armed response side of things so as the symptoms progressed and it became clear that I would be taken off front line duties (which is what happens when you aren’t fully physically fit), I had to change my focus quite a lot. I was put in an office-based role and I hadn’t really thought about promotion much at that point in my career, but this changed and I had to start thinking about what I could do now.

It was quite difficult readjusting to the different role as I liked being outside and being independent and proactive in my work. Being taken away from that, and put straight into an office role, was a big adjustment. Having my driving permit taken away and seeing my team go out without me were particularly difficult. I found the time of the 2011 London riots a difficult time. During the riots I was at the police rehab centre, so there I was having a massage, whilst watching where I work on fire and in chaos! Although dangerous and scary that was why I joined the police, because I wanted to try and stop these situations so it was quite emotional not to be helping in the efforts.

I didn’t know I had AMN until my symptoms started in adulthood when I started tripping over randomly, so I was dealing with a new and worrying diagnosis and at the same time a shift in my career path. However, I am lucky that there is a vast variety of jobs in the Met and that I could still stay in my chosen career.

Personally, I have always had really good line managers and have always felt supported, especially during the time when my diagnosis was uncertain. The Met gave me the time and space to adapt when I was first struggling with walking – there was no pressure,

Inevitably the opportunities are less in the job I do because a lot of it requires a physical element but although it closed some doors it opened up others that I potentially wouldn’t have thought about before. There has been positives and negatives but being proactive in saying what I wanted helped them to provide support to achieve this.

It’s all about reasonable adjustments, don’t rule yourself out, go for the job and say what I need is ….

From my experience when there is nothing wrong with you, you feel invincible and asking for special things can be viewed as a sign of weakness, but actually when you do need something there is no point suffering in silence, you will do a better job in the long run if you ask for help. It takes a while to change that mindset but it is for the best.

Managers might be really supportive and want the best for you, but they might not know how to, so help them understand by opening up about what is best for you. It’s all about reasonable adjustments, don’t rule yourself out, go for the job and say what I need  is …. There are laws in place for these areas and it is reasonable to ask for a special piece of equipment that will mean you can make just as positive a contribution to the work place as anyone else.

For me it was important to continue working for my independence and mental health, this won’t be possible for everyone but don’t be put off too soon,  stay positive and don’t be afraid to ask for support or adjustments.

If you are quite young, school leaving age, there is a volunteer police cadet program which you can join. You might go and help out at events and it gives you a taster of what to expect.

Don’t assume that having a condition rule’s you out from front line policing there are things you can do; you don’t have to be in perfect health and they want a representative police force which includes disabilities. If your condition does mean you can’t join as a front line officer but you really want a career in the police force there lots of great roles that get involved in the nuts and bolts of police work.

Click here to find out more about volunteer programs.

I have felt awkward about this, more at the start and I definitely tried to cover up my symptoms early on. I didn’t want it to affect me at work and I didn’t want to tell anyone until I knew what it was but that was probably a bad idea as I could have got myself hurt, I remember riding my bike around at work and my balance was off, so there came a point when I had to accept that there was something going on.

In terms of time off I have always felt supported, I have never been one to take time off for no good reason and I think it is important to tell your managers when you have appointments. I am part of a drugs trial at the moment and we do get disability related leave which is essentially a day off that isn’t a sick day. I do try and make my appointments at the beginning of the day or at the end if I have a choice rather than slap bang in the middle so there is a bit of compromise and I use my common sense to make it work.

I have fallen into the trap of “Ok I have been out for a few hours, I will get the laptop out and do a load of work tonight” because I felt guilty that I wasn’t doing enough. But I have learned that this isn’t a healthy habit to get into. Give yourself a bit of a break, you aren’t missing work because you want to skive off, it’s for your health and ultimately, in the long run, you are much better off being healthier than you are spending those extra few hours working. In my role now, it is easier as I do have flexibility in my hours.

Yes, so historically the police service hasn’t had much working from home just because of the nature of the work, but having this forced upon us has actually showed that you can be productive at home and run a team effectively. This experience has proven it doesn’t need to be seen as a negative, working from home is not a day off you can still be productive and in fact sometimes be more productive than you can in the office.

I do miss being in the office a bit, we use Microsoft teams which helps keep us connected, but I do miss the social interactions.  If you are going to take some positives out of coronavirus. I think I have certainly benefited from it making working from home more acceptable.

In terms of my condition it is a bit different as I didn’t know I had it when I was younger, if I had I would say, don’t see it as something that will stop you. Everyone has skills and something that they can bring to the work place, actually dealing with a rare condition probably makes you a bit more resilient as a person and that is a positive attribute.

If you are interested in something early on, even before you are ready to make a career move, speak to people in that world. If you can do volunteer work or anything that shows you are willing. It might be that you volunteer a couple of days and you think actually that is not for me at all, then you know that before you put yourself through the whole recruitment process. Obviously, that is not possible for everything, if you want to be a pilot you can’t ask “can I have a go on your plane please?”, but there are still people you can speak to.

If you are going to be productive at work you have got to look after yourself. If you need an appointment go and have it. Don’t hold of looking after yourself because ultimately your health is the most important thing. Don’t be afraid to go to your line management if there is an issue, they are there to help, it is difficult because you don’t want to feel as if you are causing a nuisance but actually you are not and it is better to get things out in the open and sorted as early as you can. I know its easier said than done, look after yourself, eat well, sleep well. It is different for everyone but you have to do what makes you happy and what makes you feel good about yourself and have a bit of time away from work. 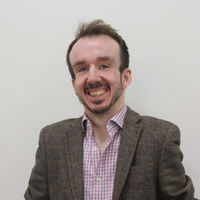 Professional careers and rare disease – finding a balance that works 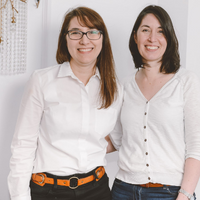