In each of our editions and through our blog posts we have heard so many deeply moving stories of loss and our rare community have spoken about the lack of meaningful and enduring support when they have lost someone, this is not solely the loss of someone with a rare condition but anyone close to them. It sometimes feels that as a society we still have a long way to go in learning how to have a conversation and really support families through their bereavement and grief.

These stories and conversations inspired us to reach out to our rare community asking families who have suffered the loss of a family member, to complete a short survey. We have compiled their responses to create this blog and a future resource—offering people guidance on how to best support grieving families and how to start a conversation about bereavement.

In this blog we explore the recurring themes from those that took part in the survey.

For anyone that has suffered a bereavement, losing a person who is close to us can be emotionally devastating and it is natural to go through a range of physical and emotional responses. Whilst families recognised that people expected them to move on, they felt that people should be aware that there is no time limit on grief and how people process and deal with a bereavement is unique to the individual. Trying to rush someone to move on because you are uncomfortable with their grief or with how they are grieving is unfair, unrealistic and puts additional stress on them.

Whilst many families felt supported in the first few weeks or until the funeral, they then felt in the weeks, months, and years afterwards their grief was forgotten, and their family member had been forgotten too. It is important to the families that the person is not forgotten, and that people continue to talk about them, remembering them for who they were, not just in illness and in death.

There were many comments how people tend to avoid bereaved families and/or talk about the person who has died. This might have been out of fear of upsetting them or their own discomfort of not knowing what to say. However, avoidance causes a huge amount of hurt and upset. One respondent said: “… Having people at work turn and walk in the opposite direction because they don’t know what to say hurts.” Whilst another explains how upsetting it was that, “People were afraid to bring up my son or talk about him, it was as if he never existed.”

Take the lead from the person who is grieving, remember you don’t need to fix them, find solutions, or say the right thing, instead just show up, check-in and listen. It can be as simple as asking, how can you help?

A word of caution from one individual was that:
“If you say you’re going to help, follow through on your commitment, as the bereaved parent is already suffering from so much disappointment, loss and abandonment.”

In contrast to avoidance, others spoke of people becoming too involved. For example, some people who had not really been on the scene beforehand and would then, “… repeatedly turn up with large quantities of food and just expected to come in, cook dinner, take up the evening as if they were the adult and I was a child. I think they felt a need to be needed… and expected to stay there all evening”.

Some found that other family members or outsiders tried to get involved in funeral plans and questioned them for their choices. This was particularly hard to deal with during an already emotional and difficult period.

Small gestures go a long way and whether it was from a stranger or a close friend, a simple smile or remembering an important date, can really help someone who is grieving get through their day.

One person retold how someone they didn’t know very well sent a card with the message “to walk slowly through grief” and how this really helped them to manage their own expectations about getting over the death. They went on to say that years later another helpful comment was, “To try and accept things as they are, not how you’d like them to be”.

One mother described how when friends of her son would occasionally stop by and visit and when her niece sent her a Mother’s Day card, how much these small gestures meant to her.

Another person who lost his wife described how the owner of he and his wife’s favourite restaurant gave him a hug when he next saw him after his wife had died. He told him how she had always been his favourite customer and what lovely memories he had of her. He went on to say he was ready to talk to him about her anytime–now, next week, in a year or in 10 years, just say and we will meet up. The restaurant owner stayed true to his word.

Many of the respondents felt having a strong support network can help. This was through family, friends, community, faith, and support groups and for some it was counselling. Others found taking in nature or holding a celebration of their loved one’s life really helped.

Responses were wide and varied, with some unable to find any support groups, other did not look for one. There were incredibly positive experiences, with some finding these groups to be a real life-line. However, others had negative experiences and were very sceptical and mistrusting of some of these groups.

I went to a bereavement group for parents who have lost children. But it was too painful, and I didn’t connect with parents who were angry. The group didn’t offer hope.

I left there exhausted and never returned.

I joined a young widow’s group (WAY), I couldn’t have done without it.

I have extensive experience with grief support groups. Not all are created equal, and not all are right for everyone.

I did go to a hospital-based group… It was helpful for a time but after a while became triggering.

I tried but found the tone of support groups too sentimental. Too syrupy. They talked of ‘passing’ rather than dying, ‘our loved one’ and so on. They talked of the people who had died as perfect, flawless beings. I couldn’t join in with that.

There were many ways that people channelled their energy with some finding that getting back to nature or taking time to themselves with a creative outlet really helped them. For some this involved creating memory books and others a hobby such as painting, quilting or photography. Many people felt it was not a time to rush in and make big changes to your life but instead to give yourself time and set yourself smaller daily challenges and tasks.

Holding a celebration of life event helped one parent to bring some positive energy and honour their child with friends and family. Asking people to dress colourfully and share stories including asking people to imagine their son on an adventure and write it down enabled people to come together and celebrate his life.

Some families were driven to start a fund, charity, or foundation in the person’s name helping them to feel proactive and make something positive come out of their loss by helping others.

Bereavement is an individual journey and it takes as long as it takes.

The overwhelming response is to grieve in your own time and in your own way. Be kind to yourself. Keep talking whether that is to friends and family or finding professional support.

Families felt that when people acknowledged the loss it helped. Just showing up letting them grieve and letting them talk, whether about their grief, the person they have lost or generally chatting was helpful.

Many commented on how distressful it was having their grief being dismissed or when people used platitudes, this caused a huge amount of distress, some of the platitudes that were given in the survey included; gone to a better place, heaven needed an angel and they had a good innings.

No matter how well-meaning people may think they are being, glib comments can clearly cut deeply especially for someone who is already feeling vulnerable and grieving. Ask yourself has your advice been sought? Before giving unwarranted advice and making comments, stop and think, no matter how well-meaning we are we cannot walk in someone else’s grieving shoes and fully understand how they are feeling.

If you are grieving then let people know what you need practically in terms of company and support. Don’t be afraid to reach out and ask for help or to say “no” to someone if their suggestions or support is not right for you.

We would like to thank everyone who took part in the survey, your advice and experience is invaluable for helping others. 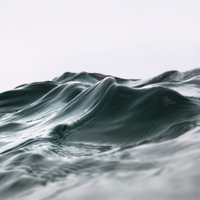 Reframing the conversation around grief