Beth McGinn describes the work of the “A Cure for Ellie” foundation and Kennedy Krieger Institute towards finding a cure for her daughter’s LBSL, a condition Ellie has nicknamed “Awesome Disease”

A diagnosis of LBSL for Ellie

Beth first noticed that all was not well with Ellie when she was about two and a half years old. Ellie had started to stumble and complain of pain in her feet, and Beth reported these concerns to doctors, but it took about nine months before they started seeing what she was seeing. Finally, as Ellie started to fall more and more, Beth and her husband, Michael, found a paediatrician who would take their concerns seriously.

After observing Ellie walking in his office, the paediatrician ordered blood tests, and when these came back negative, he referred Ellie to a neurologist. Eventually, an MRI scan led to a diagnosis of leukoencephalopathy with brain stem and spinal cord involvement and lactate elevation (LBSL), an ultra-rare condition thought to affect approximately 100 people. It had taken about nine months to get a diagnosis for Ellie, and when it finally arrived, it naturally left the McGinns filled with trepidation for the future.

Individuals with LBSL present typically present during early childhood with acute decline in their walking ability and muscle tone, often following a minor cold or infection. Over time they develop stiffness in their legs and suffer from worsening balance, eventually leading to loss of ability to walk. Hand function is also often affected and some patients develop seizures and suffer from other neurological impairments. The disorder is caused by a mutation in the DARS2 gene. No cure currently exists, and treatment is aimed at the symptoms that the individual has.

As with many parents who begin a new journey with a rare disease, the couple started looking at medical papers to improve their understanding of what the future might hold. They found that a co-author listed on one paper was at Kennedy Krieger Institute in Baltimore, Maryland, not far from the family’s home in Washington DC.

Ellie’s parents had started to raise money to fund research into the condition, so they approached Kennedy Krieger Institute to see if they could help to treat Ellie. The willingness they encountered there brought them much-needed hope.

When Ellie attended the institute, she was prescribed a combination of antioxidants, often referred to as a “mitochondrial cocktail”, to try to help energy production in the brain and spinal cord. The treatment is unproven, but Ellie has been taking it since she was three and her parents believe it is a way to keep her as strong as possible for as long as possible. Meanwhile, they work towards a cure for her and others with this condition.

In 2016, with funding from the McGinns, a translation research programme began at Kennedy Krieger Institute, with the goal of moving scientific discoveries about LBSL into an intervention for patients as quickly and efficiently as possible.

The institute’s research involves both laboratory and clinical work to test and develop novel drug therapies. At any given time there are 14 people working on Ellie’s disease in some capacity, including: Dr Christina Nemeth Mertz, a lead bench research scientist; Dr Amena Smith Fine, a lead physician scientist; and Dr Ali Fatemi, the head of the programme. The bench research headed by Dr Nemeth Mertz deploys advancing molecular techniques, computational tools studying mouse models and patient-derived cells, to understand the molecular mechanisms of this rare disease and to identify and test new treatment strategies such as gene therapy. In parallel, the clinical research headed by Dr Smith Fine involves a natural history study to understand the rate of disease progression and utilises advanced imaging techniques and wearable devices to identify meaningful outcome measures that will be necessary for the conducting of clinical drug trials.

“Our LBSL research is a tag team approach involving basic and clinical investigators to understand LBSL disease mechanisms and develop new therapies while we also try to identify what measures we need to look at when we get to test these new therapies in patients. This collaboration of research themes allows the rapid translation of basic science discoveries to patients, bedside.” Dr Ali Fatemi

A foundation to raise awareness and support research: A Cure for Ellie

The foundation Ellie’s parents started in order to raise awareness of LBSL and support research into novel drug therapies is called “A Cure for Ellie”, a registered non-profit organisation.

The foundation provides information to families and individuals living with the disease. and its supportive Facebook group is a key part of that. Beth says that the 100-strong size of the group is a strong indication that there may be more people living with LBSL than the literature suggests; she thinks that the true number may be as high as 400 or 500 patients, and many people may be being misdiagnosed with MS. Additionally, many adult patients may be being misdiagnosed with ataxia because the adult-onset form of the disorder is mild.

Beth says there is a strong sense of community within the Facebook group. It is a very international group, and new members, whether patients or caregivers, are always given a very warm welcome. She says the automatic translation function in Facebook is an invaluable tool and helps to unite the community through overcoming language barriers.

The community has rallied behind #AwesomeDisease with the idea that “A Cure for Ellie” is a cure for everybody living with LBSL. To date the foundation and other families they have rallied to the cause have contributed 2.5 million dollars to LBSL research at Kennedy Krieger Institute.

In 2016 Ellie launched a social media campaign to give LBSL a new name, having always had a hard time saying it herself. In this, whoever could correctly say the full name of the disease—leuko·en·cepha·lo·pathy with brain stem and spinal cord involvement and lactate elevation—won a chance to rename it, and those who couldn’t were asked to donate towards research. Ellie chose a suggestion that she thought would help newly diagnosed patients “feel good about themselves”, namely “Awesome Disease”. The publicity around the campaign, including from the Today show, brought awareness for the disease and helped the foundation to raise thousands of dollars for research.

In October 2021 the foundation heard the exciting news that they were one of 20 organisations, out of 200 applicants, to receive a Chan Zuckerberg grant.

Beth explains that the grant cannot be used directly for research, but it can be used for collaboration, empowerment and capacity building: “It helps your organisation grow and become more professional to take its efforts to the next level. They want to empower us to bring all the research teams together and stop duplicating efforts.”

“I think the Chan Zuckerberg Institute sees a lot of potential in these little mom and pop rare organisations like we have, and they really want to empower us to drive the research, because we know—better than anybody—why the cures are needed, and we’re the most passionate.”

The grant means that the foundation can now form a collaborative research network spanning the globe. This helps Kennedy Krieger Institute, where LBSL research is at the most advanced stage, to collaborate with other researchers. These include a researcher in Italy, who is testing antioxidants on worms and yeast with the DARS2 mutation; a researcher in California; and another scientific group in Australia, which is interested in a sister disease to LBSL.

Such collaboration has great potential, and to encourage it, the foundation has funded the establishment of induced pluripotent stem cell lines at Kennedy Krieger which are shared with anybody who joins the research network, with the understanding that any data from research with the cells is shared with the group.

Beth’s hopes for the future

LBSL is a progressive disease, and at 13 Ellie does not walk as well now as she used to, so she has been fitted for orthotics for her ankles to help her stability. “She’s a little wobblier than she used to be. I’d love to find something tomorrow that would just take this away from her or stop her getting worse. But all things being considered, she’s doing well.”

When Ellie was first diagnosed, the future looked so uncertain, but with her daughter doing well and the research progressing all the time, Beth looks to the future with hope.

Beth says that the seeds of that hope were first planted in 2011, by a family friend who worked in the field of medicine. He told her about the great strides being made in research, which he had read about in medical journals. While these advancements seemed quite unreal to Beth at the time, hearing about them gave her hope.

“Now, a decade later, we are developing high throughput drug screening methods using CRISPR techniques; we’re testing antisense oligonucleotides and viruses for gene targeted therapy in mice and cells; we’re sending small molecules through the blood–brain barrier of the mouse and into the cells. And it’s amazing!” We might have found our way anyway, but he inspired us to try to ride the wave of medical innovation.”

There is indeed a wave of exciting exploration and medical innovation within rare disease research, inspired in no small measure by the work of passionate mothers and fathers. Ellie’s parents are so grateful that they are part of that wave, and above all, they feel grateful that the team at Kennedy Krieger Institute decided in 2011 to support “A Cure for Ellie” for as long as funds can be raised. 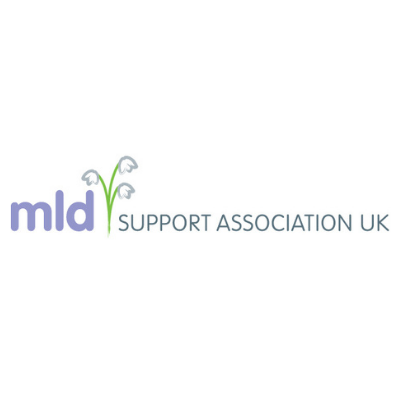 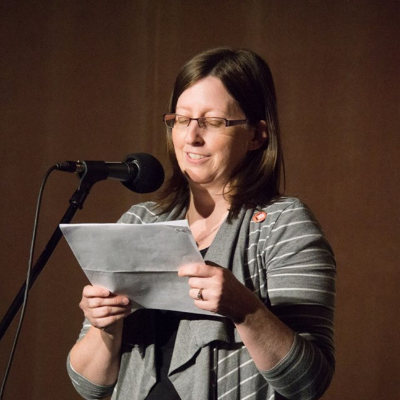