Wings of Fire: escaping the shadows of a rare disease that was undiagnosed for 25 years

Adil Edakkarayakath struggled through childhood with mysterious and debilitating health problems. After 25 years of living with uncertainty, he was eventually diagnosed with MNGIE, a rare mitochondrial condition

Adil was born in Kerala, India, in 1996 at a healthy weight of 3.5kg (7lb 11oz), but health problems arose when he was a toddler. His parents noticed he would vomit after eating solid or high-protein foods, unless given in small portions. Even Kerala’s staple dish puttu was difficult for him to keep down. The problems grew with Adil—he developed mobility difficulties and muscle cramps, and regularly fell to the ground. He soon realised he couldn’t run around playing cricket or football like his friends.

Despite many tests, doctors didn’t understand why Adil had these symptoms, but they assured the family that he would walk better with time.

Yet Adil was surviving on a diet of the lightest of meals—chicken or mutton soup, dosa (a thin Indian pancake), milk, fruit juices and nutritional supplements. Family functions were especially difficult. He was tempted to eat what others were enjoying, but afterwards, he would vomit so much that he had to be admitted to hospital for a day or two, or even a week.

It would be many years until Adil would finally get a diagnosis that explained what was wrong with his body.

“There are many good doctors in Kerala and each one said I was okay. In every test, everything was fine. We can’t blame them because these cases are rare.”

The inspirational support of his uncle: Adil’s Wings of Fire

Unfortunately, many people around Adil were unsympathetic to his health problems. Some even said his problems were his own doing, and they shamed him about his thin body. But one person—his uncle Ashraf—had a different mindset, which proved pivotal in Adil’s overcoming of the challenges in his life. Ashraf, now a well-known director in the Malayalam cinema industry, regularly reassured Adil, saying, “Anyone can achieve anything if they have a true passion and a hardworking attitude.”

Isolating himself from the body-shaming that he faced constantly, Adil would lock himself away in his bedroom with books recommended by his inspirational uncle. He had other hobbies, such as watching cricket and films, but reading gave him the inspiration he needed, widening his horizons.

Many books have inspired Adil’s path in life, including Wings of Fire, an autobiography by APJ Abdul Kalam, 11th president of India.

With Ashraf’s support and encouragement, Adil threw himself into his education, excelling towards the end of his school days and fulfilling his dream of gaining a place to study engineering at one of the best universities in Kerala. His love of reading had allowed him to strive for a better life and to escape the judgement of others.

“I constantly believed that I had issues, and I thought ‘One day I will show you who I am.’”

Carrying his burden through university

At university, Adil had many kind-hearted people around him and some of his roommates were very considerate. But there were also people who were less kind, and this made life difficult. They would ask him how he could be an engineer with such a frail body. He was also burdened with accusations from his teachers that he was sleeping in class—his condition causes his eyelids to droop.

Without a diagnosis that would enable him to make sense of his experience and to explain it to the people around him, Adil went through his university years being dangerously thin, struggling to eat and vomiting constantly.

Despite these hardships, Adil continued to study as much as possible. In 2018, he graduated with a first-class degree—a remarkable achievement in the circumstances. “On my last day of the engineering course, I came directly from a procedure at the hospital to take an exam,” he explains. When he left university, Adil had been vomiting for over two months and he weighed only 29kg, just under 64 pounds.

After graduation, Adil began upskilling himself so that he could achieve his career goals, and in February 2019 he was offered a position as junior data analytics consultant at TurnB Business Services Pvt. Ltd. The early days were a struggle—still undiagnosed, he had no targeted treatment—but his colleagues were really supportive. The job gave Adil a greater sense of independence: finally, he had financial stability and thus the ability to accomplish some of his small dreams.

“Rather than being treated as a teammate, I was privileged to be treated like family. They always considered my health conditions and helped me in every way.”

Fighting for a diagnosis

Having no diagnosis for so long was a depressing experience for Adil; he had seen many doctors over the years at different hospitals but was none the wiser as to why he was suffering so much. Eventually, his mother and uncle managed to persuade him to visit a different hospital. At his second appointment there, a new doctor Adil hadn’t seen before suggested he may have a rare disease.

Soon after, an MRI scan showed deterioration in the white matter in Adil’s brain tissue (leukoencephalopathy), and this led doctors to suspect he had a mitochondrial disease.

Adil was transferred to Christian Medical College in Vellore for more tests. In 2021, doctors officially diagnosed him with MNGIE (mitochondrial neurogastrointestinal encephalopathy). Finally, his search for a diagnosis was over.

The following year, he was offered platelet concentration therapy, but just five minutes into his second day of therapy, he had a severe adverse reaction, for which he needed intensive care and treatment with adrenaline and steroids. Unfortunately, that treatment regimen then had to be discontinued.

Adil has high hopes that one day he will be able to access enzyme replacement therapy, but for now he continues to live with the considerable burden of his disease.

Living in the light

Adil’s diagnosis has helped him because it has connected him with others with MNGIE. In Facebook groups, people from all over the world have shared their lived experiences, diet plans and advice. “I’m really happy too, because I get to share my experiences with other people who don’t know anything about me, and they are grateful that I shared my story.”

Knowledge has also brought Adil greater confidence. In 2022, he fulfilled one of his childhood dreams by paragliding in Bir Billing, Himachal Pradesh. Taking off from Asia’s highest paragliding point at over 8,000ft, he couldn’t have felt more alive.

Although Adil’s parents and doctors have reservations about his risk-taking—Adil suffered with vomiting and low blood pressure after his paragliding adventure—he plans to skydive in Dubai in 2024.

Undefeated and undeterred by his diagnosis, Adil continues to push the limitations imposed by his condition. Since first dreaming of freedom when reading Wings of Fire as a child, Adil has spread his wings to a whole new world.

Adil with his family, his mentor, and his friend—their support has been invaluable 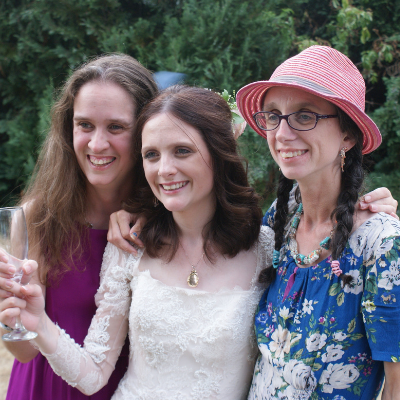