Over the last 20 years, Patrick Jordan has worked with major pharmaceutical companies across international markets. Following his father’s footsteps into the industry, Patrick began work as a researcher before finding a passion for the commercial side of the industry. His interest in orphan drugs and specialty pharmaceuticals ultimately led him into the rare and ultra-rare biotech world, a space he now thinks of as his home. In June 2022, Patrick was thrilled to be asked to become chairman of World Orphan Drug Alliance (WODA). RARE Revolution’s digital editor, Geoff Case, met with Patrick to find out more about the WODA story

GC: Can you please give our readers an overview of WODA’s origins and its mission to bring therapies to patients around the globe?

PJ: While I would love to take credit for this initiative, WODA, short for World Orphan Drug Alliance, was the brainchild of Martina Perharič, the CEO of Medis. The name WODA really resonated with us because ‘woda’ or ‘voda’ means ‘water’ in many Slavic languages. As water is the source of life, this seemed a great acronym to adopt for an alliance whose mission it is to bring therapies to underserved regions of the world.

Small and medium biotech companies, especially those with limited resources, generally view the world in terms of the US and the rest of world (ROW). ROW is sometimes split into EU5 (France, Germany, Italy, Spain and the United Kingdom), Japan and, increasingly often now, China, as markets of interest where companies can handle the commercialisation of an orphan or specialty drug themselves. The rest of the globe becomes a secondary or tertiary thought. WODA was set up to try to capture as much of the ROW market as possible.

All the alliance members are steeped in the world of rare diseases, orphan drugs, oncology and other highly specialised therapeutics, as well as being committed to matching patients to therapies. We all have the same vision and views on compliance and ethics, and we all have a similar margin structure. We will continue to grow with more partners to deliver therapies to patients in more of the unserved world.

GC: What is the main challenge for these 64 million patients in terms of accessing therapies?

PJ: The US, EU5, China, and Japan make up 70–80% of the total pharma market, and the remaining 20–30% of the market (roughly 185 countries) is often thought to be too complex. Simply speaking, pharma companies have a good financial return by just focusing on those four markets.

The other territories are unlike the singular US market or semi-homogeneous European Union because they vary significantly in their demographic makeup, GDP, healthcare coverage and reimbursement. So, the strategies for accessing these markets are varied, and there is no one solution that pharma companies can use. When they focus on the four main markets, that effectively means that many patients elsewhere either don’t have access to important therapies or are delayed in getting access to them.

There should be the opportunity for, let’s say, a patient in Kazakhstan with spinal muscular atrophy or epidermolysis bullosa to have access to treatment at the same time as a patient in the US. The key to matching these patients-in-need to available treatments is having local knowledge and local expertise.

GC: What can be done to bring therapies to these patients?

PJ: It is almost always necessary for a product to be approved by a large regulatory body such as the FDA or EMA, so approval needs to come first. After that, we feel the gap lies in the way that pharma companies prioritise their markets. Pharma companies almost always serve our markets last, and this is generally because of regulatory constraints: there are many markets, each with its own regulatory framework.

However, what many companies don’t realise is that many of the healthcare systems around the world are very advanced when it comes to the treatment of rare diseases, oncology and other orphan products. Their healthcare systems are keen to facilitate access to innovation, and our aim is to make this known. Generally, when there is an advanced treatment option, there is a mechanism that allows those products to reach the patients and that will in many cases be funded. So, operationally for a company, there’s no harm in looking at these other markets from the start.

The minute a product for an orphan disease is approved by the FDA or EMA, a patient in São Paulo, Riyadh, Vladivostok, Belgrade or Bern has access to it, irrespective of local registration. Local registration can of course still be conducted and prioritised, and in many cases that is also necessary, but this should not stop the short-term ability to match patients to products.

Achieving that match takes a deep understanding of local healthcare systems across heterogenous regions. It takes local knowledge and presence, native speakers and strong relationships with local stakeholders. These are paramount to achieving success, as is

a flexible set-up that can be adjusted to partners’ needs. Rather than having a global strategy and trying to implement it locally, it is better to adjust the global strategy for the realities of each unique market.

GC: What are your hopes for the future for these underserved regions?

PJ: Article 25 of the Universal Declaration of Human Rights calls for everyone to have a standard of adequate living, including medical care, so pharma companies need to be able to bring a therapy to the 64 million rare disease patients with unmet needs in these countries just as quickly as they are brought to American or Western European patients. A ‘one-stop shop’ that provides access to orphan and specialty drugs for patient populations in these underserved regions could really help. Some companies may already have partnerships in parts of the world and strategies for reaching them, or they may not want to reach all territories, but they can still benefit from a joined-up approach.

There are also broader benefits that may come out of reaching these underserved regions and putting local rare disease communities on par with the more developed markets in terms of access. For example, a lot of rare disease products are brought to market with a very small n-number, so you’re potentially doing a combination phase two–phase three clinical trial with a very small patient population. When the product makes it to market, you have to do surveillance to ensure that nothing is untoward; if you’re able to reach the whole world on day one, you get that data a lot faster; not just safety data, but also efficacy data. This may reveal how certain subsets of the population won’t benefit from the treatment so products can be further tailored.

So, this is the modus operandi of the World Orphan Drug Alliance. It is raising the flag for these underserved populations and saying there’s a mechanism to cover a large swathe of the world in one swoop. That’s why we came together as a group. We are planning to expand further, and we are already talking to additional companies to see if we can reach more widely still.

What are the specific challenges in bringing therapies to patients in the different rest of world regions?

The Central and Eastern European (CEE) region consists of many small and complex markets, but taken together, they form a large pool of patients. Compared to the rest of Europe, most countries in the CEE region have low GDP and complex reimbursement systems that are still evolving. Reimbursement decisions are mainly made by national health authorities, and access to reimbursable orphan drugs varies widely.

Country-specific knowledge is needed to overcome complexities and reimbursement barriers across the markets and seize opportunities to engage key stakeholders. In the therapeutic area of rare diseases, highly motivated physicians and patient advocacy groups play an important role by actively engaging in the international rare disease community. We strongly believe that all patients should have equal opportunities and access to the best available treatment options, especially in the field of rare diseases. And we are here to support them on their journey.

Rare diseases and orphan indications are probably the most relevant in our part of the world. Due to the high rates of consanguinity in the region, in many cases we have a 5- or 10-fold incidence of many genetic disorders. Since the region is very heterogenic, not all healthcare systems are the same; however, there are pockets where patients in need are matched to their therapies.

Partly due to the heterogeneity of the markets, we do face challenges in some parts of the region in getting reimbursement, but we strive to work closely with our partners and NGOs to find a solution for each patient.

Disease awareness can also often be a challenge, as healthcare professionals need to learn a lot about disease states in order to look for a therapeutic solution. In my opinion, this is less a region-specific and more of a global issue, as some of the diseases we seek to treat are very rare.

Our region is mainly dominated by the size of the Russian market, but some of the smaller CIS markets are beginning to play an active role in the treatment of rare diseases. Russia has specifically been at the forefront of rare diseases treatment, and especially paediatric rare disease via federal and regional funding for patients in need. The last two years have seen a boom for paediatric rare diseases, with the newly established Krug Dobra or Circle of Kindness fund that so far has an annual budget of nearly $1 billion. With the establishment of this fund, many more patients are finding easier and more sustainable access to therapies. This fund will continue to expand to cover new disease states.

The biggest challenge today, apart from geopolitics, has to do with the large expanse that is Russia. We have some pockets with high consanguinity rates, and therefore a large patient pool, that are generally far from the leading treatment centres. Finding patients and getting them to treating physicians and eventually to treatment is the single largest barrier today.

The Latin American pharmaceutical market is worth more than $50 billion, with three countries accounting for more than 60% (Brazil 44%, Argentina 10%, Colombia 9%). As a developing market, Latin America is complicated and diverse in terms of regulatory, reimbursement, market, demographics and politics. A major obstacle is how the government can fund the complex, high-cost treatments, whether by legal actions or public funds. Given the growing number of innovative, high-cost treatments registered in the region, government leaders face a dilemma when it comes to the allocation of health resources. This is an important factor considering that the region’s health systems not only struggle to provide highly complex treatments, but also to manage cases of lower complexity.

In Brazil, Anvisa has pioneered the development of specific regulations for rare diseases and gene therapies. However, these advances have had unintended consequences for the other institutions involved in the incorporation process, such as the increase in requests for inclusion of therapies in the public system. In the case of Brazil, Argentina and Colombia, the health system opens legal possibilities for patients to pursue treatments not available locally; however, it is very important to understand the local ecosystem of each one of those countries.

Although Switzerland is favourably located right in the heart of Europe, it is a market which often is not prioritised unless a pharmaceutical company has a direct sizeable presence in the territory. This is mainly due to the regulatory barriers, complexity and size of the market. These barriers are accentuated for rare diseases, where for few patients, a Swiss orphan designation, Swiss regulatory approval and a reimbursement process have to be attained. Still, Switzerland exhibits an excellent level of medical care and, overall, good access to innovative treatments. Navigating and harnessing this environment to bring new medications to the 500,000 people in Switzerland who suffer from a rare disease is our focus and motivation. 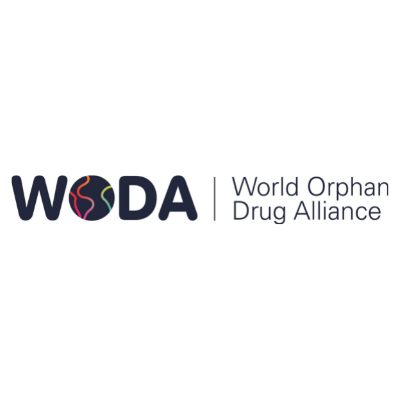